TAIPEI (Reuters) – Chinese aircraft and warships practised on Saturday for an attack on Taiwan, island officials said, in retaliation for a visit there by U.S. House Speaker Nancy Pelosi that also saw Beijing halt dialogue with the United States in several areas. 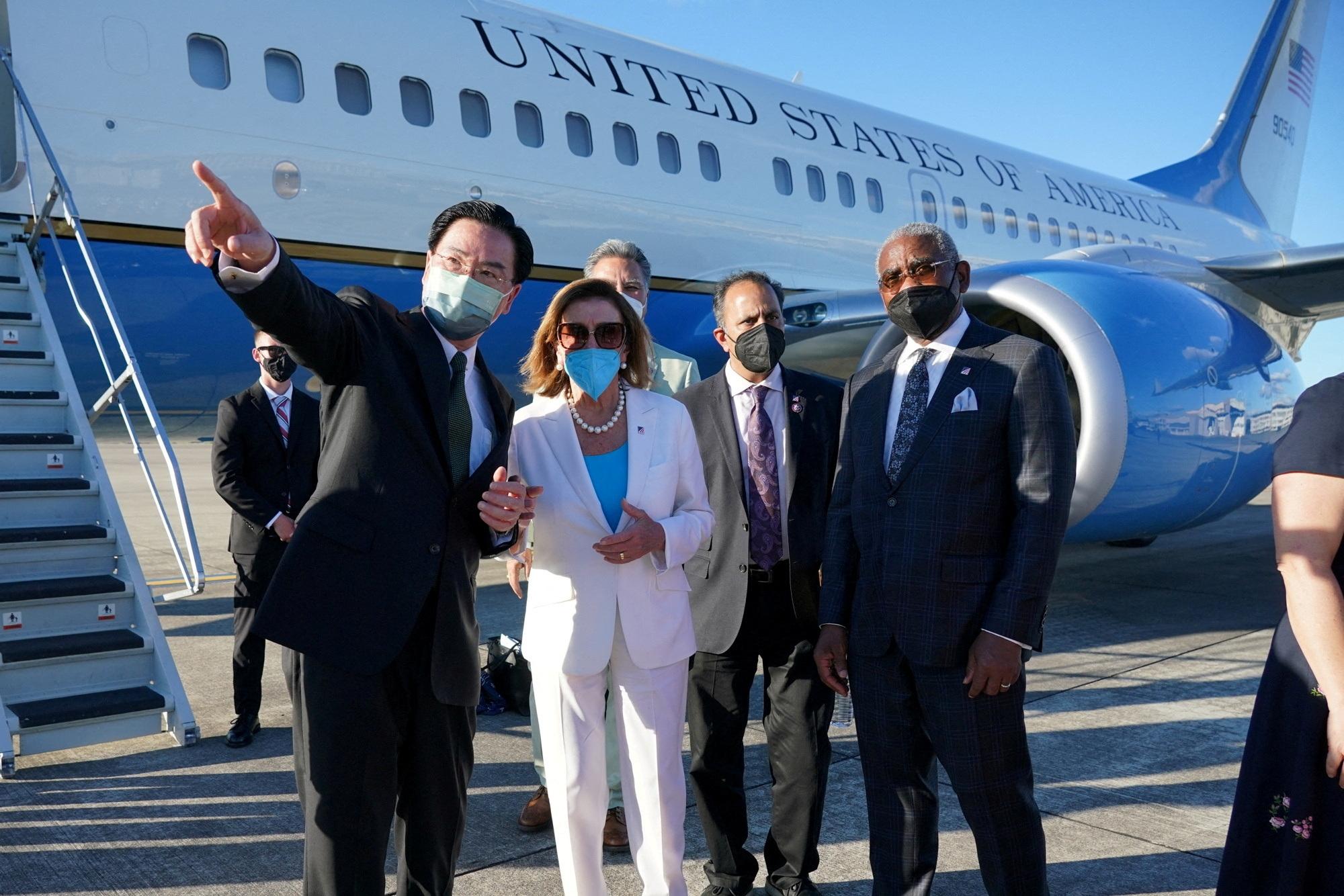 Pelosi’s brief unannounced visit during the week to the self-ruled island claimed by China infuriated Beijing and has prompted unprecedented military drills that have included ballistic missiles fired over the capital, Taipei.

The Chinese exercises are scheduled to last until midday on Sunday.

On Saturday morning, Taiwan’s defence ministry said multiple Chinese ships and planes conducted missions in the Taiwan Strait, with some crossing the median line, an unofficial buffer separating the two sides, movements that Taiwan’s military believes were part of a simulation attack on the main Taiwan island.

Pelosi arrived in Taiwan late on Tuesday, the highest-level visit to the island by a U.S. official in decades, despite Chinese warnings, and it has promoted a flurry of retaliation, including sanctions against Pelosi herself.

Shortly after her delegation left Japan on Friday, the final stop of a week-long Asia tour, China announced that it was halting dialogue with the United States in a number of areas including between theatre-level military commanders and on climate change.

On Friday, the Eastern Theater Command of China’s People’s Liberation Army said it conducted air and sea drills to the north, southwest and east of Taiwan to test is forces’ “joint combat capabilities”.

U.S. Secretary of State Antony Blinken said Washington had repeatedly made clear to Beijing it did not seek a crisis over Pelosi’s visit to Taiwan.

“There is no justification for this extreme, disproportionate and escalatory military response,” he told a news conference on the sidelines of regional meetings in Cambodia.

Blinken emphasised that the United States would not take action to provoke a crisis but it would support allies and conduct standard air and maritime transit through the Taiwan Strait.

“We will fly, sail and operate wherever international law allows,” he said.

A U.S. official, speaking on condition of anonymity, said Chinese officials had not responded to calls made by senior Pentagon officials this week but that was seen as a show of displeasure over Pelosi’s trip rather than the severing of the channel between senior defence officials including U.S. Defense Secretary Lloyd Austin.

Chinese foreign minister Wang Yi told a media briefing on Friday: “I heard that U.S. Secretary of State Blinken held his news conference and spread some misinformation and was not speaking truthfully.”

“We wish to issue a warning to the United States: Do not act rashly, do not create a greater crisis,” Wang said.

Jing Quan, a senior Chinese Embassy official in Washington, echoed that, telling a briefing: “The only way out of this crisis is that the U.S. side must take measures immediately to rectify its mistakes and eliminate the grave impact of Pelosi’s visit.”

“There’s nothing here for the United States to rectify. The Chinese can go a long way to taking the tensions down simply by stopping these provocative military exercises and ending the rhetoric,” Kirby told reporters.

China has not mentioned a suspension of military talks at the senior-most levels, such as with Austin and Chairman of the Joint Chiefs of Staff General Mark Milley. While those talks have been infrequent, officials have said they are important to have in the case of an emergency.

Kirby said it was not atypical for China to shut down military talks at times of tension but “not all channels” between military leaders had been cut.

The severing of communication links risks an accidental escalation of tension, according to security analysts, diplomats and U.S. officials.

“Part of this overreaction has been strictly limiting its defence engagements when any responsible state would recognise that we need them now the most,” said acting Pentagon spokesman Todd Breasseale.

Speaking in Japan after meeting Prime Minister Fumio Kishida, Pelosi said her Asia trip was “not about changing the status quo in Taiwan or the region”.

Japan’s defence ministry reported that as many as four missiles flew over Taiwan’s capital, which is unprecedented. It also said that five of nine missiles fired toward its territory landed in its exclusive economic zone, also a first, prompting a diplomatic protest.

Taiwan has been self-ruled since 1949, when Mao Zedong’s communists took power in Beijing after defeating Chiang Kai-shek’s Kuomintang nationalists in a civil war, prompting their retreat to the island.

Beijing says its relations with Taiwan are an internal matter and that it reserves the right to bring the island under Chinese control, by force if necessary. Taiwan rejects China’s claims saying only Taiwan’s people can decide their future.

How strong is the Islamic State in Taliban-ruled Afghanistan?

How strong is the Islamic State in Taliban-ruled Afghanistan?